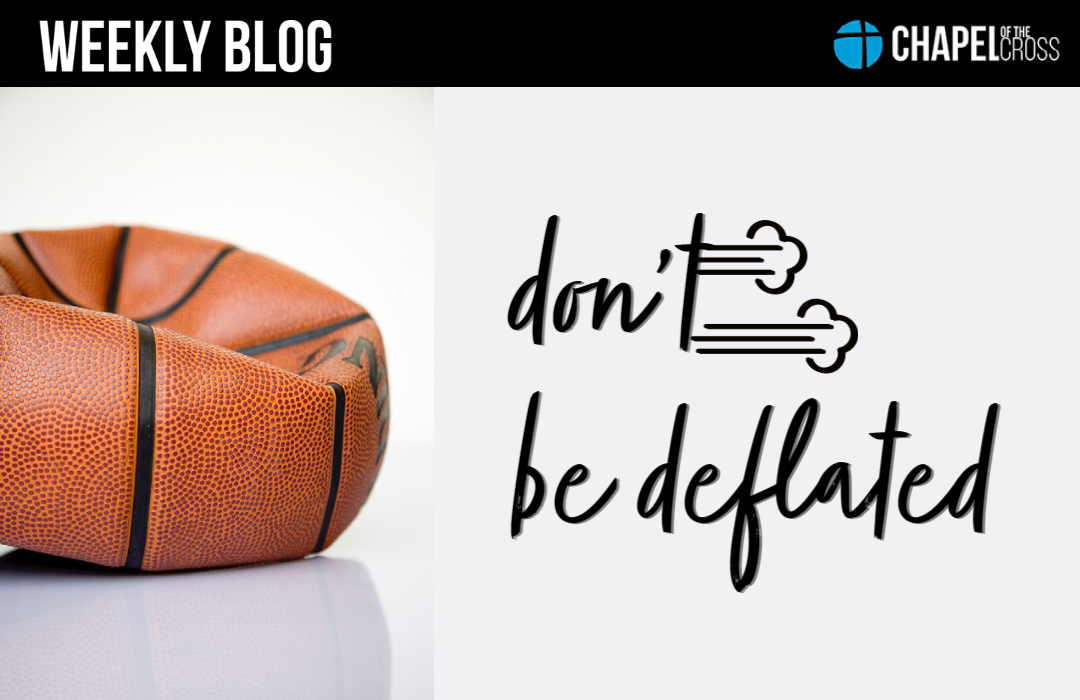 Back in high school, Miss Grady was the much-beloved head coach of our girls’ basketball and volleyball teams. Honestly, she was probably the best youth coach that I have ever known.  She knew her players, she knew the sport, and she demanded that her players regard their own character both on and off the court as important as their athletic ability on the court.

She also was a master of using similes to coach her players.  One of her often-repeated comparisons was, “Be like the ball. We hammer it down the court.  We toss it around, forcefully slam dunk it, and throw it with such force that it can travel long distances.  Despite all that abuse, during the game, a high-quality ball doesn’t deflate!  That’s because the internal pressure of the ball is much greater than all the pressure placed upon it externally. When life tosses you around, when you feel beat down, what’s inside of you needs to be stronger than the forces knocking you around.  Be like the ball!”

1 John 4:4 says the same thing about us as Christians. The air which fills us—the power of God residing in our hearts and lives—is greater than all the pressure the external world places upon us. Though Satan will oppose you and may occasionally make you feel deflated, the power of God can overcome the pressure Satan exerts upon you.

In John 15:20, Jesus said “Remember the words I spoke to you: ‘No servant is greater than his master.’ If they persecuted me, they will persecute you also.”

Throughout His life, Jesus faced many opponents—yet He did not deflate during pressure. You are a member of His team. When the opposing team pressures you with criticism, opposition, and controversy, let the verse below remind you of God’s sustaining grace, Christ’s resident peace, and the Holy Spirit’s indwelling power. So hang in there, teammate, and don’t feel deflated. Despite our opponents’ best efforts, we have already won!

“…the one who is in you is greater

than the one who is in the world.”

Compassion Is a Decision