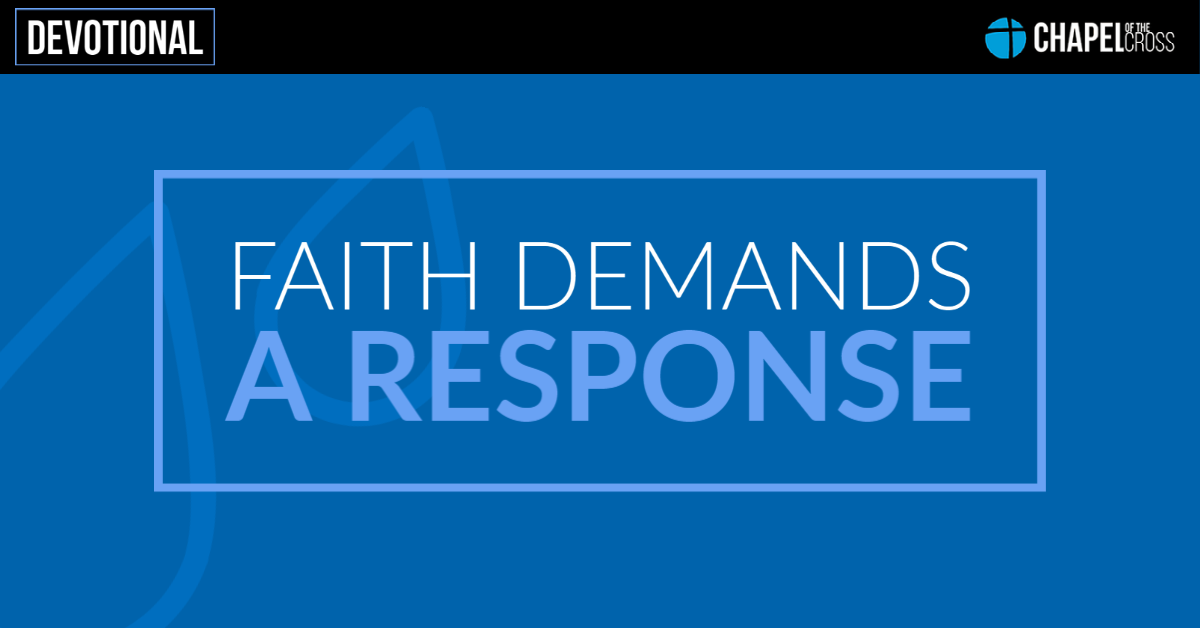 Reading through the Gospel of John, I felt the nudge of the Spirit to reflect on the familiar passage of the Women at the Well (John 4:1-26). Though I have read and studied this passage many times before, what grabbed my attention this time was how Jesus reached out to this woman and how her newfound faith demanded a response.

For context, Samaria, the town in which the woman lived, was looked upon in disgust by the Jews. The two groups acknowledged their shared ancestry, but the Samaritans had intermixed with other cultures and had different ideas about God. The Jews saw themselves as being pure and saw the Samaritans as half-breeds who had betrayed them. Prejudice ran so deep that no right-thinking Jew would want to go through Samaria. They’d want to take the detour.

But, Jesus. Jesus doesn’t take detours. He came to Samaria knowing their need, and he came to that well knowing her need. Despite the fact that everyone else in His culture detested the Samaritans and saw them as enemies, He came because He loved them, and He came because they needed Him. Jesus was a winner of souls.

Unlike us, sometimes we only want to give to those we see as deserving, and we take those detours and make we make our excuses to avoid them. But Jesus wants to bring everyone, everyone to the saving knowledge of Him. He essentially tells his disciples in John 4:34-38 “these souls aren’t lost, they can be won! And we can work together to do it.”

And Christ's interaction with the woman at the well and how He won her soul is an example to us of how we can share the Gospel message with others. He first put this woman at ease and then moved on to engage her in conversation using something with which she was familiar - her need for water and for nourishment. Then he paused for her to take in what he has said.  He gave her the chance to respond in a way that said- tell me more. He handled this woman with gentility, kindness, and respect.

Very lovingly in this whole conversation, he had nurtured her faith by identifying her need for something that truly satisfies, confronting her sin, and revealing the emptiness of faith that is void of true worship. And as he did, she moved from seeing him first as Jew, then as a prophet, and finally as Christ, the Son of God.

And when that realization hits her – she can’t contain herself. She has been confronted by the living, loving Son of God, and her faith demands a response. She cannot sit back idly, hoarding that living water for herself. No, she goes out and shares it with others. And her faith inspires them to want to know Jesus for themselves.

And what of our faith? Is our faith demanding a response? Are we living our daily lives in a way that makes people curious to know Jesus? Do we inspire others to come and know Jesus personally? And as Jesus asked his disciples, do we look around and see the fields "white for harvest", meaning can we look around our world and see how many are in need of Jesus and longing for the same kind of satisfaction that the woman at the well desired? Who has our society written off as the unworthy? Who are the people in our world in need of the saving knowledge of Jesus? And more importantly, what can we do to love those people?

If we believe in Jesus, if we profess to know Him and know His love, our faith will demand a response. How will you respond?