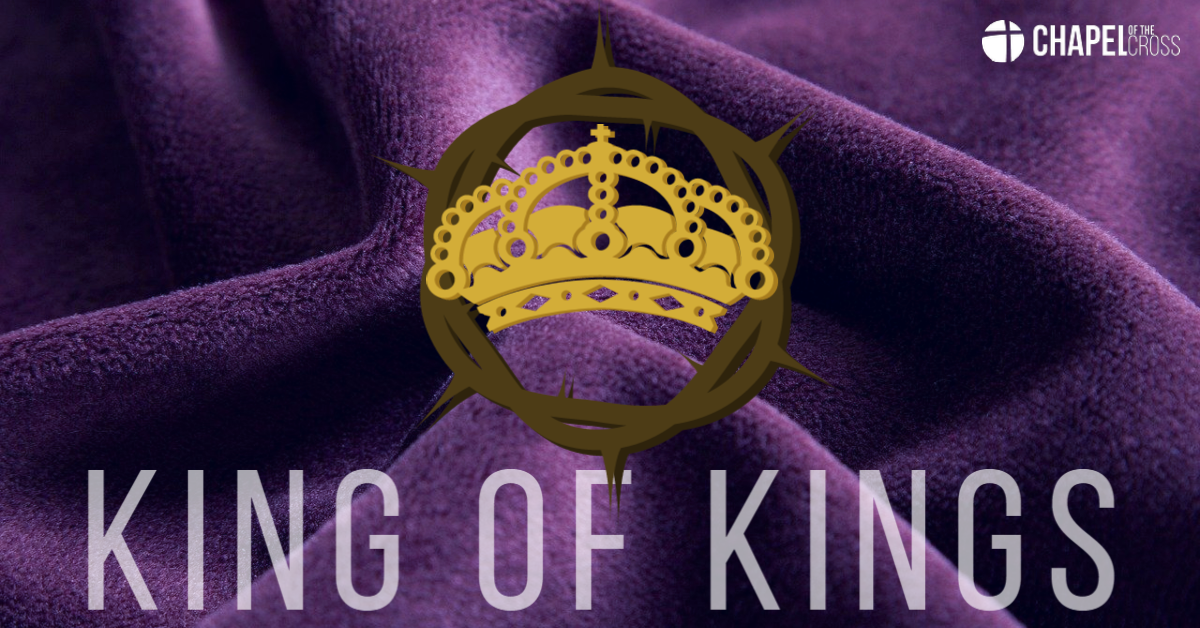 As we wrap up our weekly devotional through the Book of Mark and also head into the celebration of the Resurrection, let's take a moment to consider the kingship of Jesus.  Labeled "King of the Jews" by the Romans as a way of jabbing at the Jewish leaders, Jesus was so much more than that.  Jesus truly is King of kings and Lord of lords.  He reigns eternal!

When we think of kings, we generally envision a powerful leader: one with wealth, luxurious riches, government authority, and political influence. And the Jews of Jesus' time period thought the same. They were promised a king who would restore their nation, but the problem was that they had the wrong expectations of how that king restore them. At this time, King Jesus didn’t come to restore them politically into a great nation, He came to restore them spiritually with God because that relationship had been broken in the Garden of Eden.

Last week we remembered the King's triumphant arrival in Jerusalem, what would go on to happen was that the celebratory crowd dispersed, replaced with a people that would chant "Crucify him!"

However, the amazing thing is that we know from the book of Revelation that there will be a second coming of King Jesus, and we can be active participants in that celebration. And that celebration will not die it.  We will not waiver in our cries of "hallelujah!"

Revelation 21:3-4, “And I heard a loud voice from the throne saying, “Behold, the dwelling place of God is with man. He will dwell with them, and they will be his people, and God himself will be with them as their God. 4 He will wipe away every tear from their eyes, and death shall be no more, neither shall there be mourning, nor crying, nor pain anymore, for the former things have passed away.”

I want to be a part of that eternal Kingdom. I want to be able to stand before the judgment seat of God and hear, “Well done my good and faithful servant.” Jesus is my king!

In Mark 15:38 the curtain of the temple, which represented a barrier between people and God, was torn. Read Hebrews 10:19-25. List all the encouragements from the author of Hebrews of how we are to live now that Jesus removed that barrier.

Of all those encouragements, which one do you sense God wants you to claim as truth over a current life situation? How should you live considering that truth?